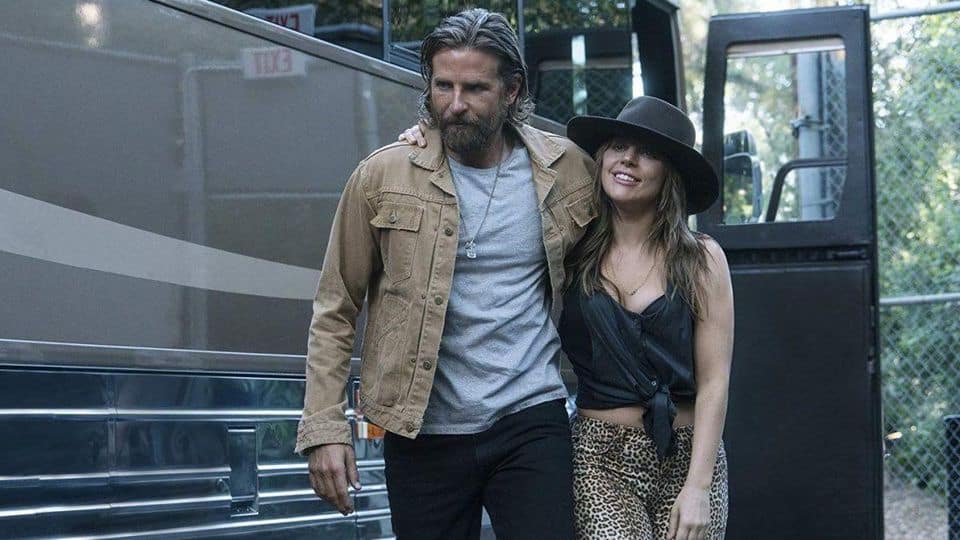 I know I’m very late to the table when it comes to talking about the movie, ‘A Star is Born‘  but I recently just watched it, and it is one of those movies that comes by every so often, that can get me to feel, think and that leads me down a rabbit hole.
Since I first watched it a few weeks ago and now have probably re-watched maybe six to twelve times in the past couple weeks, trying to see more and understand the context of every scene.  Why?  The movie just hit me, and I think there are some valuable lessons when it comes to life from this movie, and we all can learn from.  Some of the lesson even come from those responsible for making the movie and not just from the movie.
For instance take Bradley Cooper and Lady Gaga for instance.  Bradley Cooper worked on getting this projected green light for over four years.  He was told no when it came to him directing, singing, and casting Lady Gaga as Ally.  However the end result was Cooper directed, sang, and got Lady Gaga to co-star.  There are many life lessons in there.   Lets break it down.  When working on a movie with Clint Eastwood, Cooper was told he should remake ‘A Star is Born’ however Cooper didn’t feel like it was the right time, and decline.  He went back to Eastwood when he was ready and Eastwood said the time had past.  But Cooper didn’t think so and continued to work on this project.
From what I learned Cooper spent time with Eddie Vedder or Pearl Jam and loosely based the Jackson Maine character he played off Vedder.  When he told Vedder he was planning on singing Veder was less then encouraging with him, on that idea.  But Cooper worked with Willie Nelson’s son Lukas for six months learning guitar, piano, singing and writing, and ended up singing his own songs.  When he met with Lady Gaga for the first time to see if there was a chemistry and if their voices worked together,  she was impressed on how well he sung.
What that teaches me, if go after what you want, take your time to learn it, and when the nah sayers tell you no or don’t believe in you, that doesn’t mean they are right.  Cooper had a vision for this movie, and he brought it to life.  He could have taken the easy path and done what others told him to do, and the movie would have been different, would it of been better?  Maybe, but it was up for a lot of awards so I think Cooper’s vision and what he created from his vision was pretty darn good.

“Look, talent comes everywhere, but having something to say and a way to say it so that people listen to it, that’s a whole other bag. And unless you get out and you try to do it, you’ll never know. That’s just the truth. And there’s one reason we’re supposed to be here is to say something so people want to hear. So you got to grab it, and you don’t apologize, and you don’t worry about why they’re listening, or how long they’re going to be listening for, you just tell them what you want to say.”

What a powerful quote from Jackson Maine.  What this sentence or two tells me is that everyone has the ability to be great, but not everyone has the drive, to figure out how to be great.  Most of the time people settle for being average or afraid to do what they want because it will take you out of your comfort zone.   When Maine said this in the movie Ally was using the excuse of her nose for sidelining her music career.  Maine in the movie had a hearing problem that he overcome to be him.   So re-read the quote again and see how it can apply to you holding yourself back from achieving what want to achieve in life.

“Be authentic and show the world who you are. The real you. That’s all you have the world to offer.”  – Jackson Maine

Doesn’t that sound a lot like Dr. Suess‘ quote “Be yourself everyone else is taken”  but with a little more depth?  I think what he was trying to get across was that you [Ally] had a lot of offer this world, and she needed to be her authentic self, this was in a part of the movie where her manager was trying to change her look and add a lot of flair to her shows.
I think we all can relate to this as we’ve all had someone in our lives tell us how we should be doing something differently.  I can’t count how many times I get told that about my appearance, how to run my companies,  the pets I should have, who I should date, what I should spend my money on and so on.  Sometimes I fall trap and listen and usually I end up regretting it, or end up doing it my way at the end.  However as the past few years, I haven’t been listening as much to critics who have no experience in what I’m doing.  Now there is a difference of being close minded and changing who you are.
A quick example someone told me once for my marketing on a social media account for one of my companies, I was ruining it from the content I was posting.  And he told me to change the handle name, company and so forth.  He didn’t understand this business’s business plan.  So he points were valid, and made sense for what he knew about the company.  I tried to explain to him my business plan, but he didn’t want to hear it, because he was right for what I should do.  That is being closed minded.  I listened to what he said, as well as what others tell me when it comes to my business you never know who might have a gem.  But always being certain is closing the mind.  Check out my post on perspectives  for more on what i’m referring to. 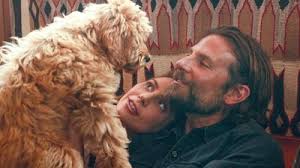 “it’s like, I don’t know, you float out, float out at sea, and then one day you find a port, say, “I’m going to stay here a few days.” A few days becomes a few years. And then you forgot where you were going in the first place. And then you realize you don’t really give a shit about where you was going because you like where you’re at.” – Noodles

That was said to Jackson Maine at a point in the movie where his life was going in a direction he wasn’t planning on it going.  What Dave Chappelle’s character [Noodles] was trying to tell Maine was you might think you want one thing in life, but as life goes on and you experience something else that isn’t what you thought you wanted to do, you might like this better.
I can relate very much to this.  I thought I was going to be a lifer with McDonald’s all I thought I ever wanted to do was be a McDonald’s Owner/Operator, and that dream did come true.  But as I saw more of life, I don’t think that was what I truly wanted to be, was an Owner/Operator.  I’ve had some other businesses I’ve enjoyed more and less, and what I’m working on now has got me really excited.  I had passion for McDonald’s but that passion doesn’t hold up to the passion I have now for what I’m doing now.  But had I been stubborn and refused to be anything else beside a McDonald’s Owner/Operator, I would have never discovered these new passions.
Another thing I loved about this movie was the symmetry and how things come full circle.  In the beginning of the movie Maine does this thing with Ally’s nose and has this line as she is walking away and says he just wanted to take another look at you and at the end of the movie he does the same thing, knowing that would be the last time he was going to see her.    I guess in the Hero’s Journey (the structure most movies follow) the characters go back to the spot where they started but have grown.  For me it was cool to see the same thing that brought them together continue to be part of their lives throughout the movie.  I like balance and to me that was great balance.  You can see the nose thing throughout the movie.  As I don’t know much about the Hero’s Journey … yet, but it always seems to happen in a spot of growth.
As I said I went down a rabbit hole with this movie, when it comes to symmetry in the movie.  At the beginning Ally’s manager brought them together and at the end of the movie Ally’s manager could have been the reason Jackson did what he did.  Just something to think about.
Another part of the movie that I absolutely adore was the soundtrack.  The songs were well written and worked perfectly for the movie.  You could feel the soul of the songs being sung, and the emotions the songs brought out I hope to feel one day when it comes to my love life.  And the final ballad that Ally song about Jackson, yes I teared up as I listened to the soundtrack before I saw the movie.  I had no idea what happen but I knew he was gone.
Raw emotion like that, to get from a movie’s soundtrack is hard to do.  But I felt that song.   I felt the song Shallow, Maybe It’s Time, Always Remember You this Way, and so many more.  Sorry I’m sorry but a good ballad played on the piano really brings out emotion.  But we really should not be surprised when you look at the writers of these songs (Jason Isbell, Mark Ronson, Natalie Hemby, Lady Gaga, Bradley Cooper, Lukas Nelson and so many more).
One last thing that makes this movie a great movie, is it gets reactions from you, more than just tears, but at the end when Cooper’s real life dog and Jackson’s dog in the movie (the dog was named Charlie after Cooper’s father) laid down in front of the garage.  I still get goosebumps thinking about that.  But when Jackson goes on stage when Ally won her award and has his accident, tell you didn’t feel embarrassed for him?  Movies that can bring out feelings that are more then one dimensional and can spark multiple emotions are great movies.
I thought Bradley Cooper did an outstanding job getting this project to the big screen.  I know it wasn’t done solely by him, but he was the moving force behind it.  This teaches me that things take time, and you don’t always have to be in a hurry to get content out, timing does matter.  While most of what I do know is trying to get content out fast and fixing it as I go, I do have one project I’ve been working on for a few years now, that I have not rushed.  While I always thought you need to get content out fast, this reassured me that not everything has to be rushed.